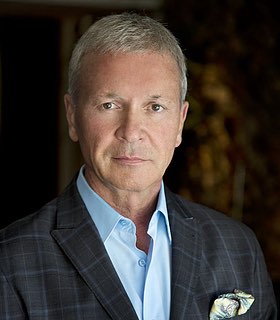 Born in Germany, began his energy career in 1978 when he and his partner formed Ft. Union Coal Mine near Gillette, Wyoming in the United States, which he sold to TOTAL Petroleum of France. Ted worked with SRI International on various clean fuel technologies. Ted served as Chairman of C-Lock Technologies, which calculates and measures carbon emissions to create carbon credits. During the Clinton administration, he served on the Sustainable Cities Initiative where he proposed Kaliningrad as the select city and worked on rehabilitating its district heating system. His early career was as executive assistant to the Governor of South Dakota followed by a successful Real Estate development company. Pre-COVID, Ted spent his time between China and the US developing the China-US Club to establish better business relations with entrepreneurs and public companies. In 2020, Ted relocated to Vancouver to establish Healthy Apparel. 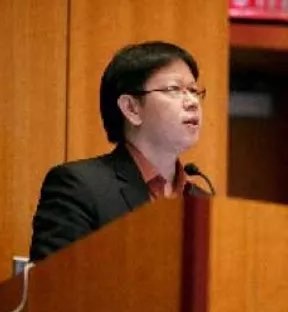 Well-known expert in the medical device field. Peng was the President and CEO of Evergrande Health Industry Group, a HKSE-listed company before establish the proton therapy startup. Before he  joined Evergrande Group, Peng has served as executive vice president and CTO in Guangdong Hengjian Investment Co., Ltd. He was in charge of proton therapy development as a pioneer in China and led a series of major international technical and business negotiations as well as application developments. Peng has worked for years to develop the proton therapy system in Varian Medical Systems, which is a leading radiotherapy device manufacturer in Silicon Valley. He has also led the control system development in a number of national laboratories including Brookhaven National Laboratory, Oak Ridge National Laboratory as well as SLAC National Accelerator Laboratory. ​ 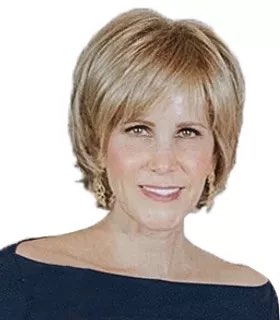 Worked in Cutter Aviation's Flight Operations in Phoenix, Arizona, where she managed on-demand flights transporting organ and tissue for Donor Network of Arizona. She lived in Singapore, where she worked with the American Women’s Association, inclusive to expatriates from North America and Europe. Lisa has held a residential realtors license since 2001. Since 2013, she has been traveling to China and has been a Partner and Executive Director for the China-US Club. In 2019, Lisa founded Fontis Technologies a woman-owned business that provides environmentally-friendly products, which help agriculture and landscaping sectors. With the outbreak of the pandemic, Lisa's focus shifted to PPE and she relocated to Vancouver to establish Healthy Apparel. 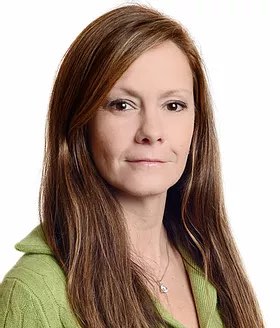 Has over twenty years managing complex manufacturing operations in a wide range of highly-regulated sectors. Her career began as a laboratory technician in the UK and she moved up through quality control operations through increasingly senior roles until she progressed into leading manufacturing operations in Canada. She has proven expertise in managing teams of employees, overseeing multiple production lines and overseeing supply and delivery chains for operations. She has a wealth of experience in various industries which include; scuba diving re-breather computers, development of cancer & aids drugs, electronic, chemical & biological medical devices, topical OTC, nutraceuticals and pharmaceuticals. Megan sat on the Board of Directors from 2013 to 2015 for the Canadian Manufacturers & Exporters. 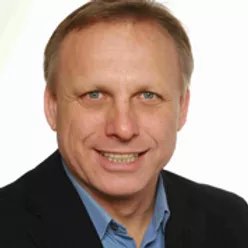 An innovator and pioneer in environmental protection and international trade. He managed the first international carbon emissions trade in the world in 1993, which helped set the UN rules for trading greenhouse gas emissions. He developed clean energy projects in Europe and Asia, and owned and managed a district heating company in his native Czech Republic. During this time he learned much about technology and enterprise management. With the COVID-19 pandemic, the intersection of technology and environmental and health protection is where he is now focused. He initiated collaboration with a top nanotechnology research institution to see how nanotechnology can protect people whilst mitigating environmental effects by generating bio-degradable facemasks. 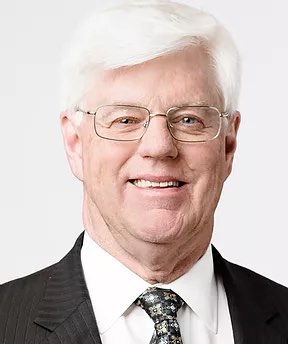 Joined Bennett Jones LLP as Senior Business Adviser in September 2019, He is best known as a former Deputy Prime Minister of Canada. He served in the Canadian Parliament from 1988 to 2004 as M.P. for Ottawa South. From 1993 to 2003 he was a Minister in the governments of Prime Minister Jean Chrétien, serving in the portfolios of Industry, Foreign Affairs and Finance, in addition to being Deputy Prime Minister. Following the terrorist attacks of September 11, 2001, Mr. Manley was named Chair of a Cabinet Committee on Public Security and Anti-terrorism, serving as counterpart to Governor Tom Ridge, the first U.S. Secretary of Homeland Security. In recognition of the role he played following 9/11, which he refers to as his “moment of fame”, TIME Canada named him "2001 Newsmaker of the Year" (and gave him some free copies of the magazine). He is Fellow of the CD Howe Institute, a founding member of the Wilson Center Global Advisory Council, a member of the Brookings International Advisory Council and Chair of the Canadian Global Affairs Institute (CGAI) Advisory Council. In the private sector, Mr. Manley has practiced law, and served as President and Chief Executive Officer of the Business Council of Canada (from 2010 to 2018). He has been a very active corporate director, and currently serves as the Chair of the boards of directors of CIBC, CIBC Bank USA, and CAE, and is a board member of TELUS. An Officer of the Order of Canada, Mr. Manley graduated from Carleton University in mathematics and political science, and in law from the University of Ottawa where he was the gold medalist and subsequently law clerk to the Chief Justice of Canada, Bora Laskin. He is the recipient of many awards and honours, including honorary doctorates from 6 Canadian Universities. He is also an honorary chief of the Blood Nation of Alberta. 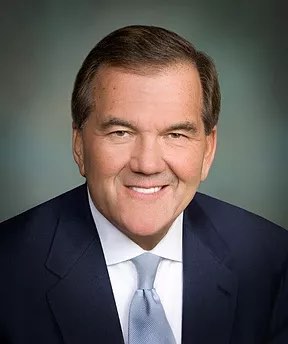 Chairman of Ridge Global. He provides clients with solutions to cyber security, international security and risk management issues. Following the tragic events of September 11th, 2001, Tom Ridge became the first Assistant to the President for Homeland Security and, on January 24, 2003, became the first Secretary of the U.S. Department of Homeland Security. He is a veteran, Congressman and former Governor of Pennsylvania. Before the events of September 11th, Tom Ridge was twice elected Governor of Pennsylvania. He served as the state’s 43rd governor from 1995 to 2001. Governor Ridge’s aggressive technology strategy helped fuel the state’s advances in economic development, education, health care and the environment. He serves on the boards of the Institute for Defense Analyses, the Center for the Study of the Presidency and Congress and other private and public entities. He is currently chairman of the U.S. Chamber of Commerce’s National Security Task Force. He graduated from Harvard with honors. After his first year at Penn State University’s Dickinson School of Law, he was drafted into the U.S. Army, earning the Bronze Star for Valor, the Combat Infantry Badge and the Vietnamese Cross of Gallantry. After returning to Pennsylvania and to Dickinson, he earned his law degree and, later, became one of the first Vietnam combat veterans elected to the U.S. House of Representatives, where he served six terms. 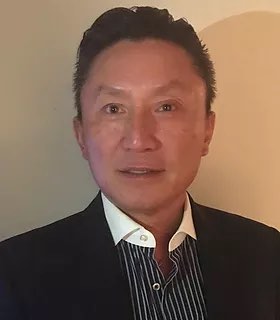 Director and Co-Founder of Pacific Links International, a world class international golf company with a network of 1000+ golf courses in over 26 countries. He also serves as Director and Senior Advisor to the parent company. Bing is President and CEO of Gross Yang Capital Partners, a commercial and medical real estate equity company based in Toronto and he is President and CEO of Global Gateway Development Inc. and Global Gateway Holdings, detailing in international investments and consulting. In his earlier career he served for 20 years in executive positions internationally as Managing Director of Para Paint Inc. in Canada, as well as commercial and medical real estate with extensive knowledge and network throughout Europe, Asia and North America. 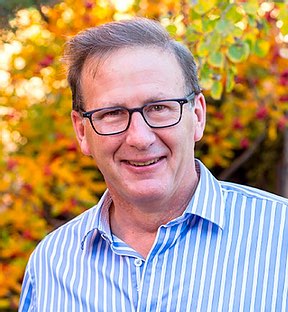 An accomplished Senior Executive with over 40 years of experience in both the public and private sectors. An agile networker, he connects businesses with expertise and financing sources. As a strategic Board Member for a number of companies, industries associations and community groups, he has held leadership roles serving as CEO, CFO, Director and Strategic Advisor. He is currently the CFO and a Director of Tevano Systems Inc., which is developing kiosks for the rapidly expanding post-COVID retail industry and thermal scanning devices that help to make workplaces safe. Prior to that, he was CFO and a member of the Strategic Advisory Board at Trait Biosciences Inc. Eugene is associated with a number of resource companies in Canada where he plays a strategic role. He is the former CFO and Director of Timmins Gold Corp (NYSE), President of Fabled Copper Corp. and is currently a Director of Dixie Gold Inc., Maxtech Ventures Inc., Red Lake Gold Inc., and Rover Metals Inc, all of which are publicly traded entities. 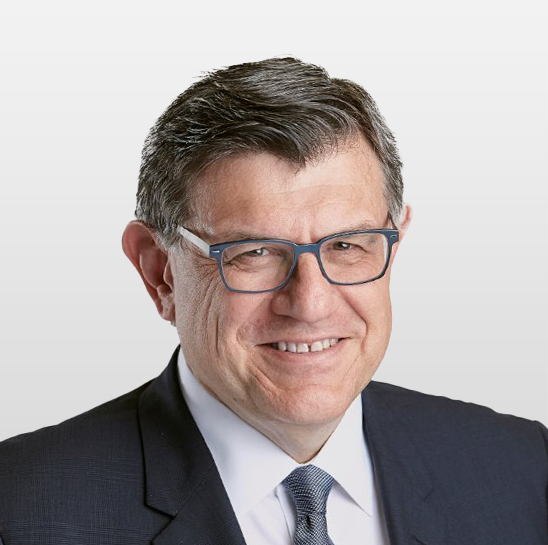 Celso is a Partner in the Business Law Group at Watson Goepel LLP. He advises foreign companies on investing and setting up businesses in Canada, business immigration issues, and commercial lending matters. A frequent speaker on Italian-Canadian business relations, and to foreign entrepreneurs and investors on doing business in Canada, Celso presents in both English and Italian.He speaks regularly in both Canada and Europe on the Comprehensive Economic Trade Agreement (CETA), including at the World Summit of Corporate Counsel in Montréal. Celso is President of the Italian Chamber of Commerce in Canada-West and the European Union Chamber of Commerce in Canada West.Celso serves as Secretary on the Executive Committee of Lawyers Associated Worldwide (LAW), a global association of over 100 independent law firms located in more than 180 major commercial centers throughout the world, allowing Watson Goepel LLP to service clients that are expanding their operations and relationships into new domestic and foreign markets.Past President of the Liberal Party of Canada (B.C.), Celso was appointed Queen’s Counsel in 2017. He is an avid golfer and skier and enjoys reading history.